Developed by a passionate team of designers and engineers, the all-new Z represents an approachable sports car for the modern age – with an unmatched 50-plus year heritage and global fan base.

The all-new Z is arriving to Australia in 2022.

To provide an ideal sports car cabin for all driving scenes, the 12.3” digital meter display is customisable to display all vital information uniquely arranged to help the driver grasp it at a glance. The design of the seats utilises know-how from the GT-R’s dev​elopment to enhance both hold and fit.

An expanded use of suede on the seatback suppresses initial lateral shake on the body, creating more comfortable drives, as well as reducing body movement when the vehicle is aggressively cornering.

From the exterior to the interior, the all-new Z will be your new prized possession. 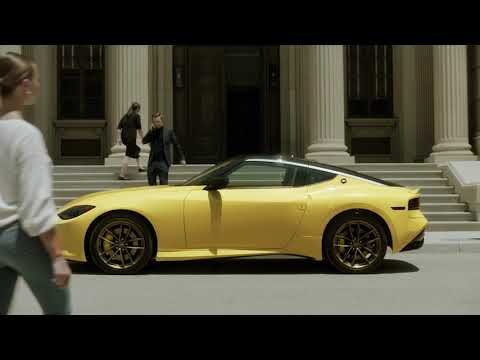 Getting behind the wheel of the all-new Z feels new and modern, yet still familiar through its ongoing heritage.

Designed to fit the driver and passenger like a glove, the all-new Z’s cabin seamlessly blends modern technology with vintage Z touches. The centre stack takes inspiration from other generations before it, with three analog pod gauges on the instrument panel, 8.0” touchscreen audio display in the centre and climate control switches near the shifter.

The all-new Z boasts a fresh, sleek exterior design with an appearance that communicates respect to its heritage. Its long hood and short deck are fundamentally Z, with a fresh look that is inspired by thousands of Z enthusiasts.

The link to the original Z is most striking when viewing from the side. The roofline flows from the nose to the squared-off rear to create a distinctive first-generation Z profile. In the rear, the combination lamps incorporate modern technology and are reminiscent of the Z32 (1990-1996) 300ZX.

- Limited edition
- 19” bronze forged alloy wheels
- Unique yellow brake calipers
- Black interior with unique yellow interior accents and stitching
Trade In When the time comes to upgrade or change your car, you want to be reassured that you will be given a fair and accurate quotation for your car. We will guarantee to do just that, providing you with a no-obligation quote that reflects the true value of your vehicle. You can then use the value of your current car to offset the cost of a new car, giving you the chance to drive one of the latest models for an incredibly competitive price. Get a Free Valuation
Book a Test Drive Today We understand that choosing a new car is an important decision. So what better way to experience it than with a test drive. Get in touch to arrange your test drive so you can get behind the wheel. Book Now
Get in Touch Your Next Steps
Search Our Stock
Company Info
Join us on Social
Immerse yourself even deeper. Visit our social channels
Peter Stevens Motorworld Ballarat Pty Ltd
615 Creswick Rd, Ballarat, Australia
Reg Office: 615 Creswick Rd Ballarat VIC
ABN: 80 619 030 027
LMCT Number: 11740
Join us on Social
Immerse yourself even deeper. Visit our social channels
Back
Vehicle Valuation
Compare Saved Vehicles
Top
Close
X

Required cookies are essential to let you move around the website and use its features, such as accessing secure areas, shopping baskets and online billing. These cookies allow our website to provide services at your request.

Functionality cookies are used to remember the choices you make, e.g. your user name, log in details and language preferences. They also remember any customisations you make to the website to give you enhanced, more personal features.

Targeting cookies collect information about your browsing habits to deliver adverts which are more relevant to you and your interests. They also measure the effectiveness of advertising campaigns.

This site uses cookies and related technologies for site operation, analytics and third party advertising purposes as described in our Privacy and Data Processing Policy. You may choose to consent to our use of these technologies, or further manage your preferences. To opt-out of sharing with third parties information related to these technologies, select "Manage Settings" or submit a Do Not Sell My Personal Information request.